The combination of a disciplined bilingual background, a superior knack for metaphor, an ear for musical language, and a strong command of versification has produced in Rhina Espaillat an uncommonly perceptive and communicative poet and an exceptionally agile translator. Her translations of English and Spanish verse are graceful , organic viaducts between the two languages; her own poetry connects personal subjects to universal themes with balanced, womanly wit. Robert B. Shaw characterizes her most memorable poems as "triumphs of good nature" with an absence of "self importance" (Poetry 180.6). "I'm after the meaningful ordinary," she told William Baer in 2011. "I'm after the ordinary that everyone else can understand and that can serve as a bridge between my life and everybody else's" (Measure 6.2). 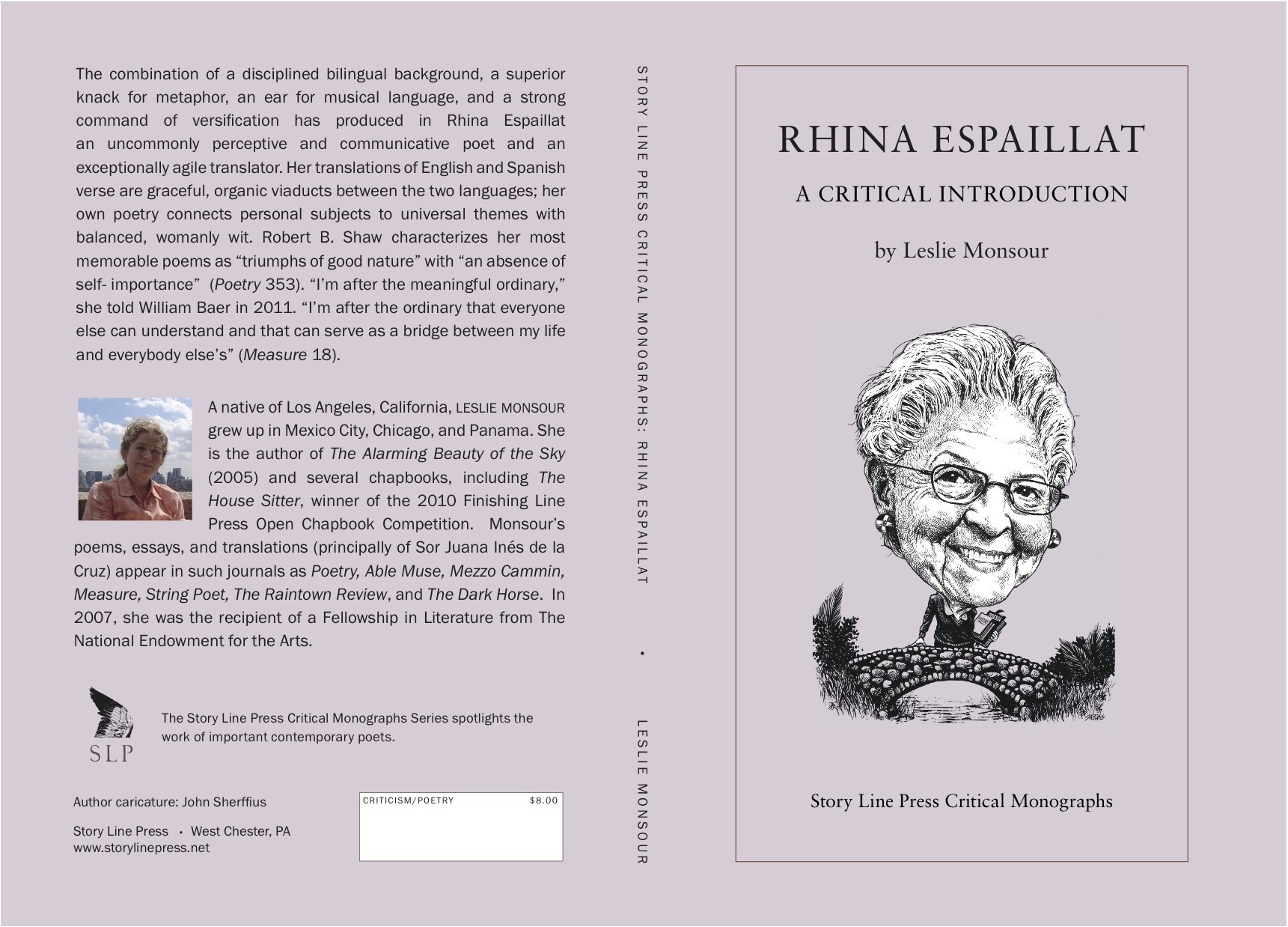 Essays and Interviews
A Selection of Excerpts
Gwendolyn Brooks: The Early Work and the Problem of 'Reaching Everyone in the World.'
The Gravity of Rhina P. Espaillat's Levity
Over the years, it has been my privilege to praise Rhina P. Espaillat for being one of America’s most distinguished poets and translators. Now it’s my pleasure to praise her for being funny.
Featured Poet: Able Muse Millenial Issue, Spring 2000
Leslie Monsour interview with Alex Pepple
Tapissary
Tapissary is an invented language by artist Steven Travis.
A New Book of Verse
Ed. John Fraser of Halifax, Nova Scotia. A Wintersian alternative to Norton.
The Writer's Almanac
Garrison Keillor selects and reads some of my poems for his NPR program.
String Poet, Summer 2011, Volume 1, Issue 1
New online journal in which three of my translations of Sor Juana's sonnets are published as well as a poem.
2011 Conference on Sor Juana Inés de la Cruz: Her Work, Colonial Mexico, and Spain's Golden Age

Mezzo Cammin Women Poets Timeline Project
My essays on Rhina Espaillat and Sor Juana Inés de la Cruz appear on this database website.
Leslie Monsour: Laurel Canyon, 2010
A video in which I sing some songs and chat with my son, Nicholas.
Authors Guild