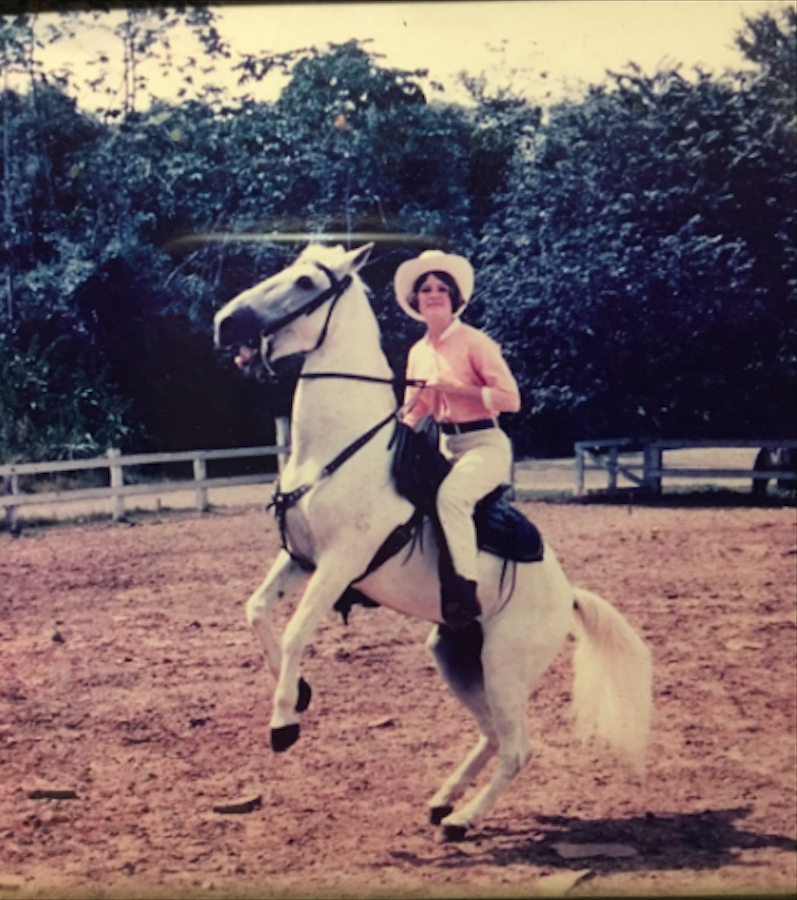 "After graduating high school in 1965, [Monsour] spent a summer in Monterey [sic], Mexico, where she sang folk songs on the local television station. In the fall, she began classes at Scripps College, where she studied for a year before joining her father in Panama and enrolling in Canal Zone College. She spent her free time enjoying the native wildlife, taking horseback rides into the jungle, and performing as a singer and go-go dancer; 'I was a little wild!' she admits. After a year in Panama, she moved to Boulder, Colorado, where she earned her B.A. in English Literature from the University of Colorado in 1969." 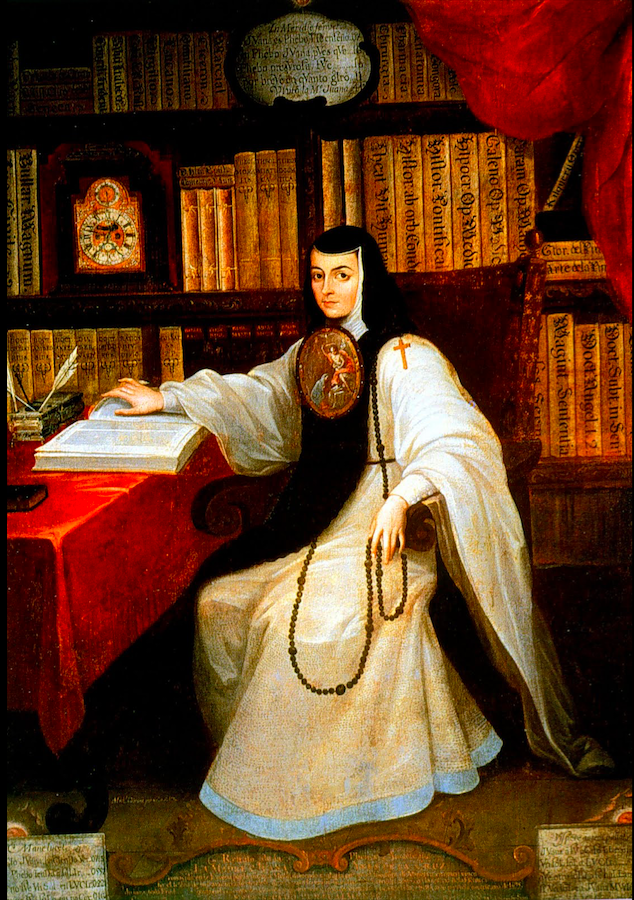 Sor (Sister) Juana Inés de la Cruz is universally regarded as the first major poet of the Americas and the intellectual mother of Mexico. Because her works rose like a flame from the ashes of religious disapproval, the embattled writer came to be identified with the magical bird of myth, the Phoenix. With the publication of her first book, Sor Juana was also dubbed Musa decima, "Tenth Muse," an epithet of praise originally applied to Sappho and shared by Sor Juana's New England contemporary, Anne Bradstreet. During her lifetime, Sor Juana's works were distributed, read, and admired throughout the Spanish Empire, from Lima, Quito, Central America, and Mexico, to the Indies, the Philippines, and the Iberian peninsula.

Ever since Mayflies appeared in 2000, just before Richard Wilbur’s eightieth birthday, we have had The New Yorker to thank for debuting most of his latest verses, as he unhurriedly completes them on the L.C. Smith typewriter he’s been using throughout his long and celebrated career. It’s tempting to imagine something enchanted or bewitched about that venerable machine, as if it were made from steel forged by a mythical bolt of lightning, like Robert Redford’s bat in The Natural. No other poet is able to perform more subtle and breathtaking feats of balance on the printed page.

I’ve found that I am a great fan of symmetry. I always have been. Symmetry is a natural phenomenon of life. It is not artificial. As a child, I loved to peer into both ends of a kaleidoscope and observe how one end was simply the trapped bits of colored glass lying in a heap. Up through the opposite end, I could see where the mirrors cut through the circle, reflecting and organizing the shapes into equal parts of color and light, transforming the formless mass into a symmetrical design of breathtaking beauty. (The most carefully made kaleidoscopes have the least noticeable mirrors. It’s the crudely made ones that diminish the effect by using thick, uneven, cheap reflectors. The same is true of poetic devices). Of course, in applying symmetry to poetic expression, the real trick is to come up with a design that also achieves clarity of meaning. It is my conclusion that formalist poets make a more conscious effort to be understood than their informal counterparts.

Leslie: I’m going to go back to Frost again, who said “I’d as soon write free verse as play tennis with the net down.” Frost was always quick to add that he truly meant “I’D as soon write...”, that he was speaking strictly for himself and not directing what other poets ought to do. He thought poets should write the way they want to write...as long as they’ve mastered the tools of their trade. I believe the same thing. I’ve often said, it’s possible to play tennis with the net down...anyone can do it; but I don’t think anyone should try it who hasn’t learned to play with a net. Some poets might say, “Poetry isn’t tennis.” I’d ask them, “What is it, then?” It’s as much tennis as anything else.


From “That slight uncertainty which makes us sure:” Lyric Grace and the Poetry of Richard Wilbur. Able Muse. The Symposium Issue. October, 2000 (http://www.ablemuse.com/v3/lmonsour-wilbur.htm):

Wilbur is a poet who seeks a balance in his subjects, an accommodation of mixed feelings. He is known for the ironic meditative lyric, what the Norton anthology calls, “the single perfect poem,” rather than the long narrative poem or extended dramatic sequence. A life-affirming philosophy, applied to poetry of refined compression and clarity, combined with metrical stanzas that rhyme, could, at a superficial glance, be mistaken for dogged optimism. Wilbur’s happiness, however, is far from simple. It has gravity; it can be almost somber.


From “Punished Happiness": Themes of Change and Loss in the Poetry of Edgar Bowers. Presented at U.C.L.A. April, 2003 (http://repositories.cdlib.org/uclalib/dsc/bowers/044/):

Epicurus taught that dying and changing are the same activity, that everything is made of immortal atoms which can never be destroyed, only rearranged. Even dreams, emotions, thoughts, and the human soul are made of atoms, which disperse at death, and form new entities. Lucretius, the poet/philosopher who kept Epicurean ideas alive in Roman Latin, wrote in The Nature of Things that death and change are commutually related:

...nature breaks up all things into their atoms;
no thing dies off to nothing,...
...For whatever changes and leaves its natural bounds
is instant death of that which was before.

These concepts must have seemed idealistic and innocent to Bowers, evidenced by the way he treats the subject of change. As “Amor Vincit Omnia” proceeds, change occurs with painful unwillingness, resulting in failure and disgrace.

Back home, Rhina and I had time before dinner for a leisurely stroll around her neighborhood, during which we talked of many things. I remember Rhina telling me that justice is the only abstraction worth fighting for. When our conversation turned to writing, she said that, in the act of writing, the person inside us whose voice we hear is not so closely identified with the grownup, the wife, the mother; rather, it is closest to the child’s voice, the one that sees everything new. I told her how my notebooks are full of ideas and false starts. Her advice was to “mull it over before writing anything down. Have it well established in your head.” She also told me that “poems are made by the body and understood by the mind. Poems communicate through the senses. They are seductive.”

Monsour: I think I began to sing as I learned to speak. This was probably my mother’s doing. She had a good voice, carried a tune well, and enjoyed bursting into song. I remember singing “Oh Susanna” and “She’ll Be Comin’ ‘Round the Mountain” from my playpen. In kindergarten we were taught “Flow Gently Sweet Afton,” which I think is the first time I had the physical sensation of beauty from a melody. The song-like quality you hear in some of my poems must be an unconscious influence of that pleasure.

"I See the City Not As It's Become"

The Discarded Life by Adam Kirsch

Essays and Interviews
A Selection of Excerpts
Gwendolyn Brooks: The Early Work and the Problem of 'Reaching Everyone in the World.'
The Gravity of Rhina P. Espaillat's Levity
Over the years, it has been my privilege to praise Rhina P. Espaillat for being one of America’s most distinguished poets and translators. Now it’s my pleasure to praise her for being funny.
Featured Poet: Able Muse Millenial Issue, Spring 2000
Leslie Monsour interview with Alex Pepple
Tapissary
Tapissary is an invented language by artist Steven Travis.
A New Book of Verse
Ed. John Fraser of Halifax, Nova Scotia. A Wintersian alternative to Norton.
The Writer's Almanac
Garrison Keillor selects and reads some of my poems for his NPR program.
String Poet, Summer 2011, Volume 1, Issue 1
New online journal in which three of my translations of Sor Juana's sonnets are published as well as a poem.
2011 Conference on Sor Juana Inés de la Cruz: Her Work, Colonial Mexico, and Spain's Golden Age

Mezzo Cammin Women Poets Timeline Project
My essays on Rhina Espaillat and Sor Juana Inés de la Cruz appear on this database website.
Leslie Monsour: Laurel Canyon, 2010
A video in which I sing some songs and chat with my son, Nicholas.
Authors Guild

Hyla Brook Poetry Series (starts at minute 17:45 on the video) 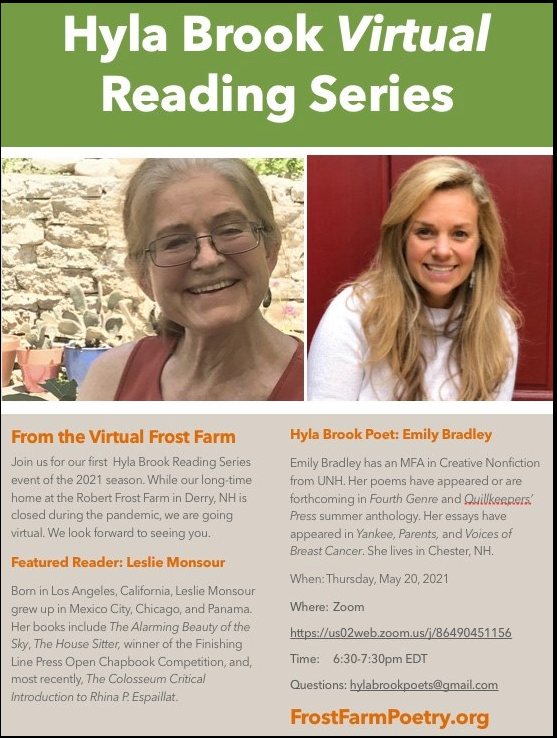